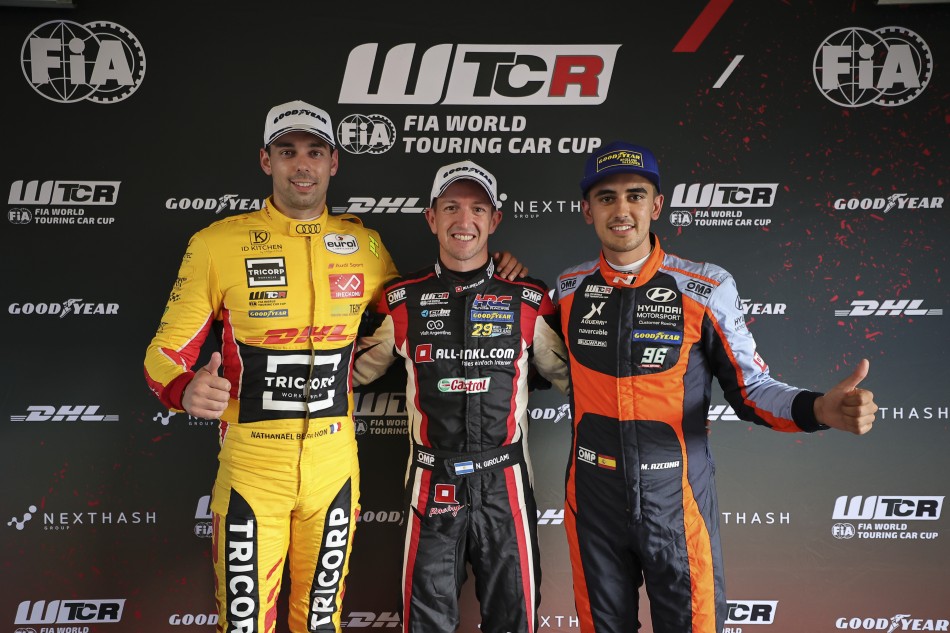 Having set the pace in Q2, Girolami had free choice of when to complete his Q3 lap; the Argentinian choosing to go last of the five drivers who had made it into the final section of Qualifying.

“It was insane,” Girolami said. “I was doing the maximum that could be achieved. We knew the track temperature was going down so choosing to go last was going to be an advantage.

“Huge thank you to the ALL-INKL team and HRC in Japan. Everyone did a great job. Tomorrow’s going to be difficult, but with some hard work we’ll manage.”

LIQUI MOLY Team Engstler’s Tiago Monteiro enjoyed qualifying his besting performance of the season in sixth spot while team-mate Attila Tassi was knocked out of the reckoning for a top-10 result − and pole position on Race 2’s partially-reversed grid − by just 0.034s.

Zengő Motorsport’s Rob Huff and Comtoyou’s Mehdi Bennani completed the top 10, giving the Moroccan pole position for Race 2 ahead of the CUPRA-powered Briton, who are rivals in the WTCR Trophy for independent racers.