Many economists said heavy government spending has been a major cause of inflation, along with supply chain bottlenecks and global energy shortages. More spending, they argue, will only make inflation worse.

WASHINGTON, Aug. 5 (Xinhua) — While the so-called Inflation Reduction Act contains many provisions to fight the harmful impact of climate change, many economists said the bill will do little to curb surging inflation.

US inflation stands at a four-decade high, and is taking a huge bite out of average Americans’ wallets. Democrats said the bill, which comes at a cost of hundreds of billions of US dollars, will mitigate the problem.

But the Tax Foundation, a nonprofit think tank, estimates that the act will “reduce long-run economic output by about 0.1 percent and eliminate about 30,000 full-time equivalent jobs in the United States.”

It would also reduce average after-tax incomes for taxpayers across every income quintile over the long run, the organization found in a recent analysis.

“By reducing long-run economic growth, this bill may actually worsen inflation by constraining the productive capacity of the economy,” the report said.

A letter to Congress signed by over 200 economists argued that 433 billion US dollars in proposed government spending “would create immediate inflationary pressures by boosting demand, while the supply-side tax hikes would constrain supply by discouraging investment and draining the private sector of much- needed resources,” Fox News reported. 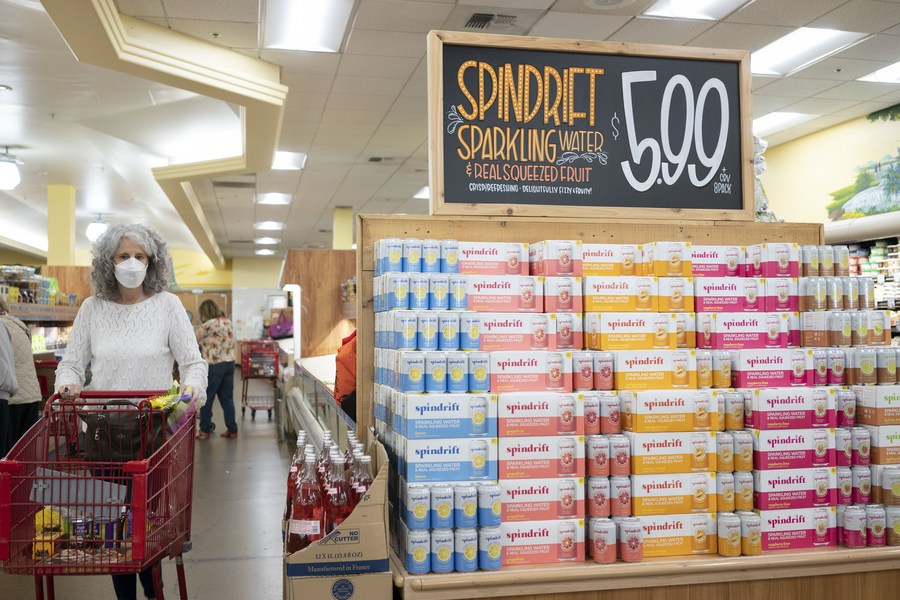 A A customer selects goods at a supermarket in Millbrae, California, the United States, July 13, 2022. (Photo by Li Jianguo/Xinhua)

The new bill is a slimmed-down version of President Joe Biden’s Build Back Better Act, a social spending package which failed to pass several months ago.

Indeed, many economists said heavy government spending has been a major cause of inflation, along with supply chain bottlenecks and global energy shortages. More spending, they argue, will only make inflation worse.

Moody’s Analytics chief economist Mark Zandi recently contended the bill would lower the benchmark Consumer Price Index, which measures what consumers pay for goods and services, by a mere 0.33 percent by 2031.

“Through the middle of this decade the impact of the legislation on inflation is marginal, but it becomes more meaningful later in the decade,” Zandi wrote.

In a report from Penn Wharton Budget Model at the University of Pennsylvania, analysts estimated that “the Inflation Reduction Act will produce a very small increase in inflation for the first few years, up to 0.05 percentage points in 2024.”

“These point estimates, however, are not statistically different than zero, thereby indicating a very low level of confidence that the legislation will have any impact on inflation,” the report said.

But the White House contends the bill will indeed fight rapidly accelerating inflation.

“Leading economists agree that this legislation would be an important step forward in fighting inflation and addressing some of our nation’s most pressing economic challenges,” said Cecilia Rouse, who chairs the president’s Council of Economic Advisers, in a recent statement. 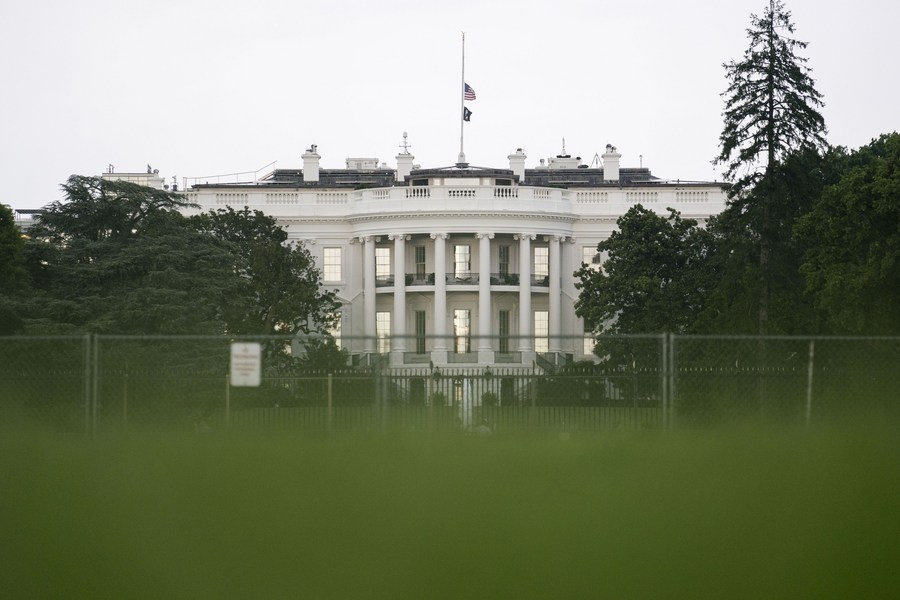 In an op-ed in CNN, Van Jones, an official in former President Barack Obama’s administration, argued that the bill includes tax credits for consumers to “buy energy-efficient appliances, switch to clean vehicles, install rooftop solar panels and improve their homes.” efficiency – all of which add up to lower utility costs.”

Other economists argued that the bill is a big step in the right direction on climate issues.

Brookings Institution Senior Fellow Barry Bosworth told Xinhua the bill is “a major step forward on climate and it is largely paid for with tax increases. It resurrects the possibility of significant action by the government on addressing climate change.”

Christopher Galdieri, assistant professor at Saint Anselm College, told Xinhua: “If Democrats lose control of either chamber of Congress, a bill like this will be a non-starter. So this is probably the best chance to get something like this done.”

Brookings Institution Senior Fellow Darrell West told Xinhua the Senate “has to pass a bill soon because things slow down once you get into the fall elections.”

“Congress meets less regularly then and there is always the risk that someone will get COVID and not be available for a floor vote,” West said.

“Since Democrats need every Democratic vote, they can’t lose anyone for any reason. Passing the bill is vital so Democrats can tell voters they have delivered on key objectives,” West said. ■