Why ‘cash stuffing’ is your must-know money tactic: Old school method has helped an Aussie woman save $30,000 in just 12 months

Australians struggling with the rising cost of living have turned to an ‘old school’ tactic of using cash to budget and save.

Scroll down for video 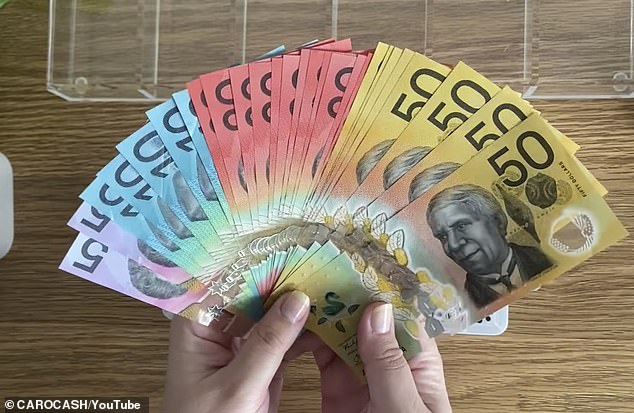 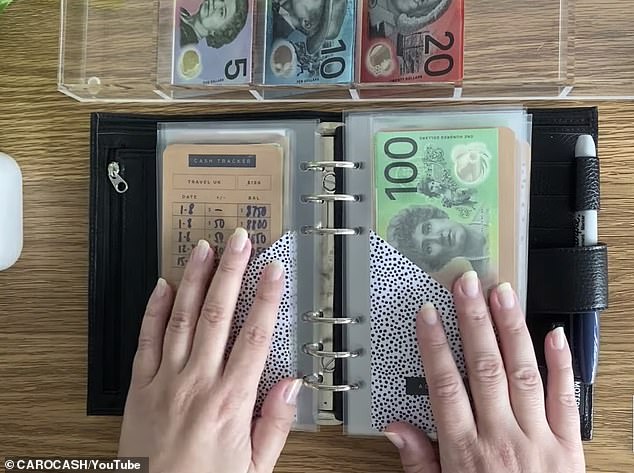 The latest money trend has helped one Aussie woman save nearly $30,000 in one year. Caroline, who runs the CAROCASH YouTube channel, started cash stuffing last year and in one video divided her $700 weekly income into two different binders (pictured)

Caroline, who runs the CAROCASH YouTube channel, started cash stuffing last year and has been sharing her journey with thousands online.

Unlike internet banking and transferring funds from one account to another, the envelope method helps people physically see how much is being spent or saved.

In one YouTube video, Caroline divides her $700 weekly income into two different organizational binders – one for spending and one for saving.

Included in her ‘sinking fund’ she allocates money for car services and registration, petrol, holidays, health and gifts, and savings for Christmas, Apple products, Black Friday sales and self-care.

The simple method means anyone struggling with budgeting can give it a go for the added benefits, such as feeling in control of your money and not having the need to get a credit card.

But there’s the disadvantage of not generating any interest while the excess amount of cash is out of the bank.

What are the benefits of cash stuffing?

‘Tougher times with inflation and cost of living pressures have brought back this old but effective method as consumers combat increasing petrol and food prices,’ he said.

‘This trend has deep behavioral benefits with prominent behavioral scientists identifying the method as helping people increase their “pain of paying”, meaning when we pay with cash we feel a little pain when we see the amount of money leaving our wallets or envelopes,’ Mr Jovevski said.

How effective is cash stuffing?

Thousands of TikTokers swear by the concept of cash stuffing. It’s a technology-free way to budget and plan out your finances that’s similar to the envelope method

You can start by dividing up your set of envelopes into categories and labeling them. For example, date night, bills, utilities, etc

From there, you then divide up your hard-earned cash into the respective category or envelope it will be allocated to