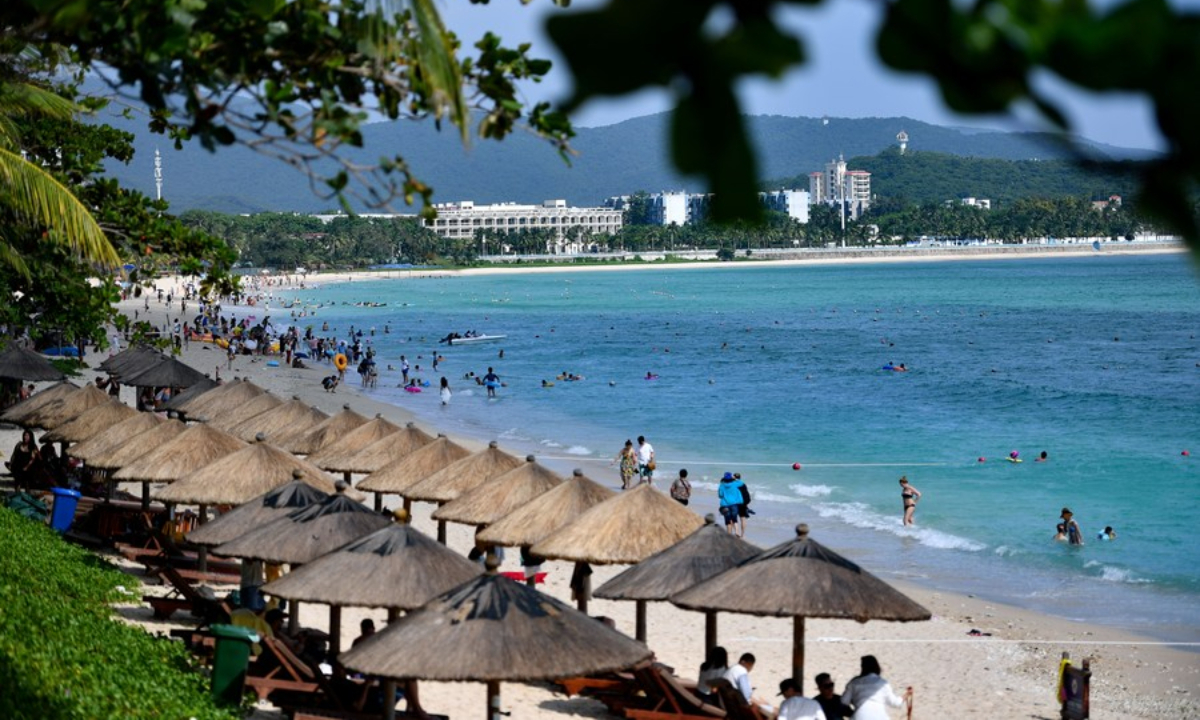 Faced with 80,000 tourists stranded under the static management due to the recent epidemic flare-up, the southern Chinese city of Sanya announced on Saturday hotel concessions to ease their financial burden.

The “Hawaii of China” announced the activation of temporary static management starting from Saturday morning to contain the spread of COVID-19. In addition to ensuring basic social operation services, epidemic prevention and control, as well as emergency situations, movements will be restricted, while all public transport is suspended.

Hotels in Sanya will offer a 50 percent discount for staying guests, who will be able to leave the island after a seven-day risk assessment, the city official said during a press briefing on Saturday afternoon. Tourism-related authorities, industry associations and enterprises have also set up special teams for handling order cancellations due to the epidemic outbreak.

At present, about 80,000 tourists are stranded in Sanya, of which the majority are in the low-risk Sanya Bay and Yalong Bay, according to He Shigang, the city’s deputy mayor. To prevent the tourist-concentrated areas from the virus spread, the city requires 24-hour nucleic acid testing results for entering those areas.

South China’s Hainan Province on Friday reported 262 new cases, with 229 confirmed cases in Sanya, according to the local health commission. Sanya reported 129 positive cases as of 12 pm on Saturday. From Monday to 12 pm Saturday, the city reported 558 cases.

The railway authorities have banned all ticket sales in Sanya, and residents cannot leave Sanya by rail.

All flights leaving Sanya are required to be canceled on Saturday, and there are flights to Sanya that have turned back en route, according to Yicai.com. Passengers stranded at the Sanya airport will be transferred to hotels in the city for follow-up arrangements.

Prices of air tickets leaving Sanya have skyrocketed. For flights from Sanya to Shanghai, economy class tickets are being sold for around 3,000 yuan ($443), while business class is priced around $15,000.

A tourist who arrived at Sanya and checked into a low-risk hotel in Haitang Bay on Wednesday told the Global Times on Saturday that she had booked air tickets for Sunday flight, but due to the concerns over the transport conditions under the static management, she changed to buy tickets leaving from Haikou airport to Nanjing on Saturday. As of press time, each family had left Sanya for Haikou airport.

Since the cluster outbreak in Sanya has already spread within Hainan Province, other cities and regions within the province have also announced measures to curb the spread of the virus. Some districts of the Danzhou city and the Lingshui Li Autonomous County on Saturday entered static management, while the Qionghai city suspended business activities in indoor venues starting from Saturday.

The virus strain has been identified as the Omicron BA5.1.3 variant, which was reported for the first time domestically with hidden and strong transmission, the local health commission said.

The central fishing port of Yazhou district was the origin of the outbreak starting on Monday, which was likely to have been imported through trading with overseas fishermen, according to the local authorities.