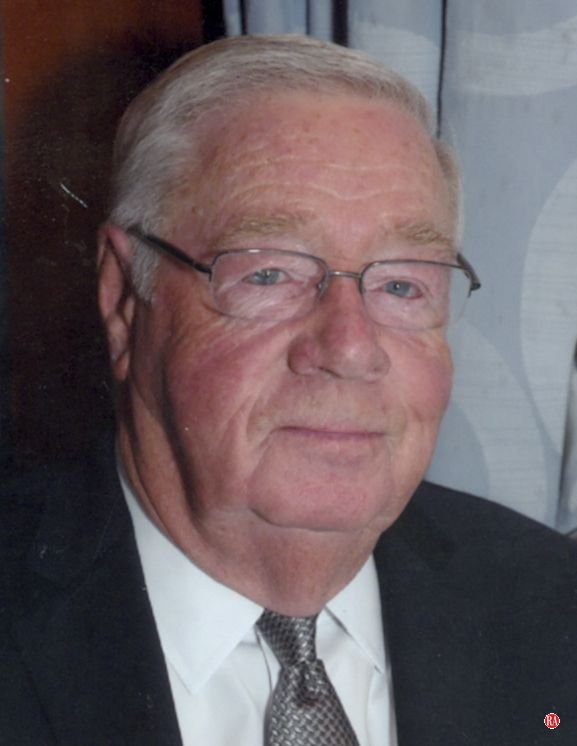 GUILFORD – Robert A. Haversat Sr., 86 years old, peacefully passed away on Aug. 2, 2022, from a brief illness. Married for 65 years, he was the beloved husband of Joan Marie Haversat, who was truly the “Love of his Life.”

Born in Seymour on June 4, 1936, Bob was the son of Albert and Lillian Haversat. He attended Seymour High School, and then went on to Quinnipiac College and Trinity College.

In addition to his wife Joan, Bob is survived by his two children, Robert Haversat Jr. from Oxford, and Jeffrey Haversat of Guilford; daughter-in-law, Elisabetta Haversat (wife of Robert Jr.); his four cherished grandchildren, Alessandra, Jillian, Robert III, and Jacqueline; and his older brother, Albert Haversat, of Cape Cod.

For more than 45 years, Bob was affiliated with Sargent Manufacturing in New Haven. He started work at Sargent as a management trainee right out of college while he was also obtaining his MBA from Trinity College.

Sargent was owned by the Sargent family when he started, and then shortly thereafter sold to Kidde Corp. Bob then had the opportunity to become president of Sargent’s sister company, McKinney Hinge, and moved the family to Scranton, Pa.

During his successful 10 years as president of McKinney, Bob had the idea of ​​leading a leverage buyout acquisition of both Sargent and McKinney, along with a steel door company (Curries) and a wood door company (Graham); creating what is called in the commercial door and hardware industry today as “The Total Openings Package.”

This new and innovated way to market revolutionized the way commercial door and hardware companies work today, as the distributor and contractors have only one source for all of the products of the total doorway whereas prior, they had to buy from several different companies.

During this time, Merrill Lynch Capital Partners, one of the main investors, combined this door and hardware group called Essex Industries and another group they owned, Amstar, which owned Domino Sugar and Milwaukee Electric Tool.

Bob was appointed the CEO and president of this entire group of companies called Esstar, with more than 4,000 employees. He managed this group for years and eventually was successful in managing and navigating the private equity world and selling off the door and hardware group to Assa Abloy, and also Domino Sugar and Milwaukee Electric Tool.

Bob remained on as vice chairman of Assa Abloy for a few years and finally decided to retire and enjoy life with his treasured wife Joan, and travel the world. Bob and Joan had many wonderful years together in retirement, traveling throughout Europe and spending a lot of time in the Caribbean.

Bob will be known as the ultimate gentleman with his kind, courteous and ethical manner. He always seemed to have the right answer to your problems, and you could talk to him about anything.

He was a great manager of people, and he would be on the factory floor always working on new and better methods of improving things and always had a great rapport with everyone, from the line worker to the most senior level manager. He truly was one of a kind and treated everyone with respect no matter your position or situation in life.

Both Bob and Joan had philanthropically supported Yale New Haven’s Smilow Cancer Hospital and the Yale Children’s Hospital. He was a trustee of Yale New Haven Hospital for more than 25 years, a trustee of Quinnipiac College, and board member of Classic Coil Co.

Bob loved spending time over the years with his golden retrievers and labradors, and tending to his garden. He was an avid outdoorsman and enjoyed the time he spent at Clemo Hunting & Fishing Club, and too many golf courses across the country to list.

His one and only true love was his wife Joan, and the time they spent together was indeed his most favorite thing to do.

Services are private at this time. Memorial church services are being planned for fall, 2022.

Arrangements in care of the Guilford Funeral Home, 115 Church St., Guilford. To share a memory or leave condolences, visit guilfordfuneralhome.com.