The R 1300 GS is expected to get a new engine and adaptive cruise control.

The BMW R 1300 GS has been spied internationally in production-ready guise and a launch is expected to take place soon. This all-new model will replace the current offering from the Bavarian bikemaker, the venerable R 1250 GS. The R 1300 GS is expected to have a new engine and adaptive cruise control, which is currently only available on the Ducati Multistrada V4S.

While not much of the R 1300 GS is visible in these spy images, the overall silhouette is reminiscent of the older bike, with a sharp front beak and the large boxer engine – two very typical GS design elements. The crash guard surrounding it appears to be a more comprehensively protective unit with a reinforced plate complementing the tubular design. The exhaust design is all-new and much smaller as well, with this particular bike featuring twin-exit Akrapovic mufflers (which will most likely be optional extras). The R 1300 GS also rolls on new 5-spoke cast alloy rims, and it is highly likely that a spoked rim version will be available as an optional extra. 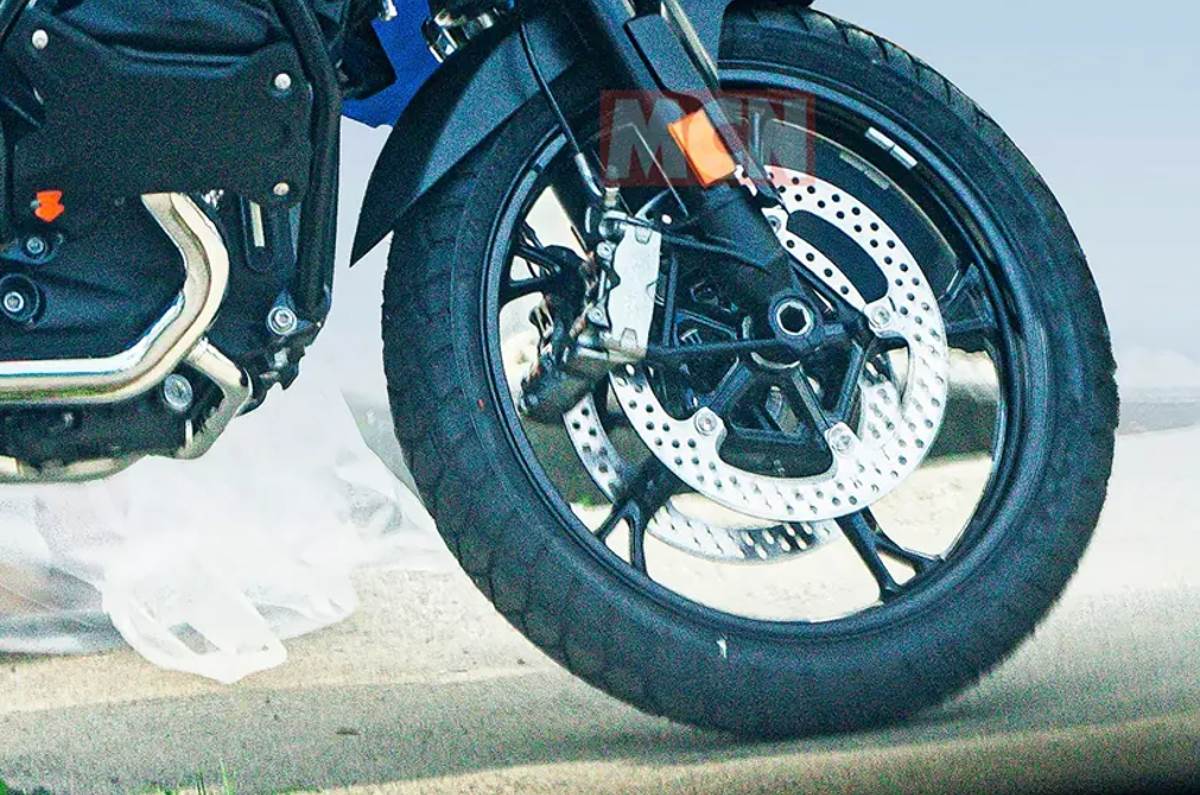 The new 10.25-inch color TFT display is likely to be the same unit that’s found on the latest BMW Touring range of bikes. This TFT display will control all the electronic rider aids that will be on offer, and that suite is likely to get adaptive cruise control, especially considering the fact that there is an electronic module visible under the front beak. The unbranded radially-mounted front brake calipers are also different units to the current Hayes hardware.

Considering that the famed EICMA trade show is only a month away, we expect BMW to showcase their latest globetrotting behemoth there followed by an international launch shortly after. The Indian launch will probably happen shortly after.

BMW only sells the R 1250 GS in its Pro guise in India, which retails for Rs 20.25 lakh (ex-showroom, Delhi). Considering the amount of new components and features on offer, and the fact that BMW hasn’t hiked prices of its range in quite a while, we expect the new R 1300 GS to be a fair bit more expensive than the existing model.

Would you pick the BMW R 1300 GS over the current crop or big adventure bikes? Let us know in the comments section below.