Although Mercedes put in the first laps with the W13 five days before pre-season testing, stormy weather at Silverstone meant they did not fully grasp the seriousness of the car’s porpoising.

Lewis Hamilton and his new team-mate George Russell put in the laps at the Silverstone circuit on February 18, the drivers braving high winds and rain from Storm Eunice as they had their first experience of the all-new car.

They packed up after that, Mercedes heading to Spain and the Circuit de Catalunya for the first of three days of pre-season group action.

They were in for an unwelcome surprise when they found their car bouncing all over the circuit.

“When we were at Silverstone it was in the middle of a storm, we were in 70 miles an hour winds,” Mercedes trackside engineering director Andrew Shovlin explained to Motorsport.com.

“You often start with a car quite high for shakedowns and things, just to avoid damaging it, and then drop it later. And during that day we ran the car at a normal ride and started to see the issue.

“But it was only when we got to Barcelona that you could actually look at it properly on a reasonable circuit and start to understand what was happening.”

What was happening was porpoising.

Billed as “perhaps the most complicated thing we’ve ever had to get our teeth into”, Shovlin said it initially went well – until it didn’t.

“That progress was pretty progressive and quite encouraging, everything we were doing was making more and more sense,” he said.

“What we didn’t really appreciate was the problem was very much like the layers of an onion. You peel that one, you’re always looking at the same thing, no matter how many layers you were taking off. And we realized there were a few mechanisms at play. 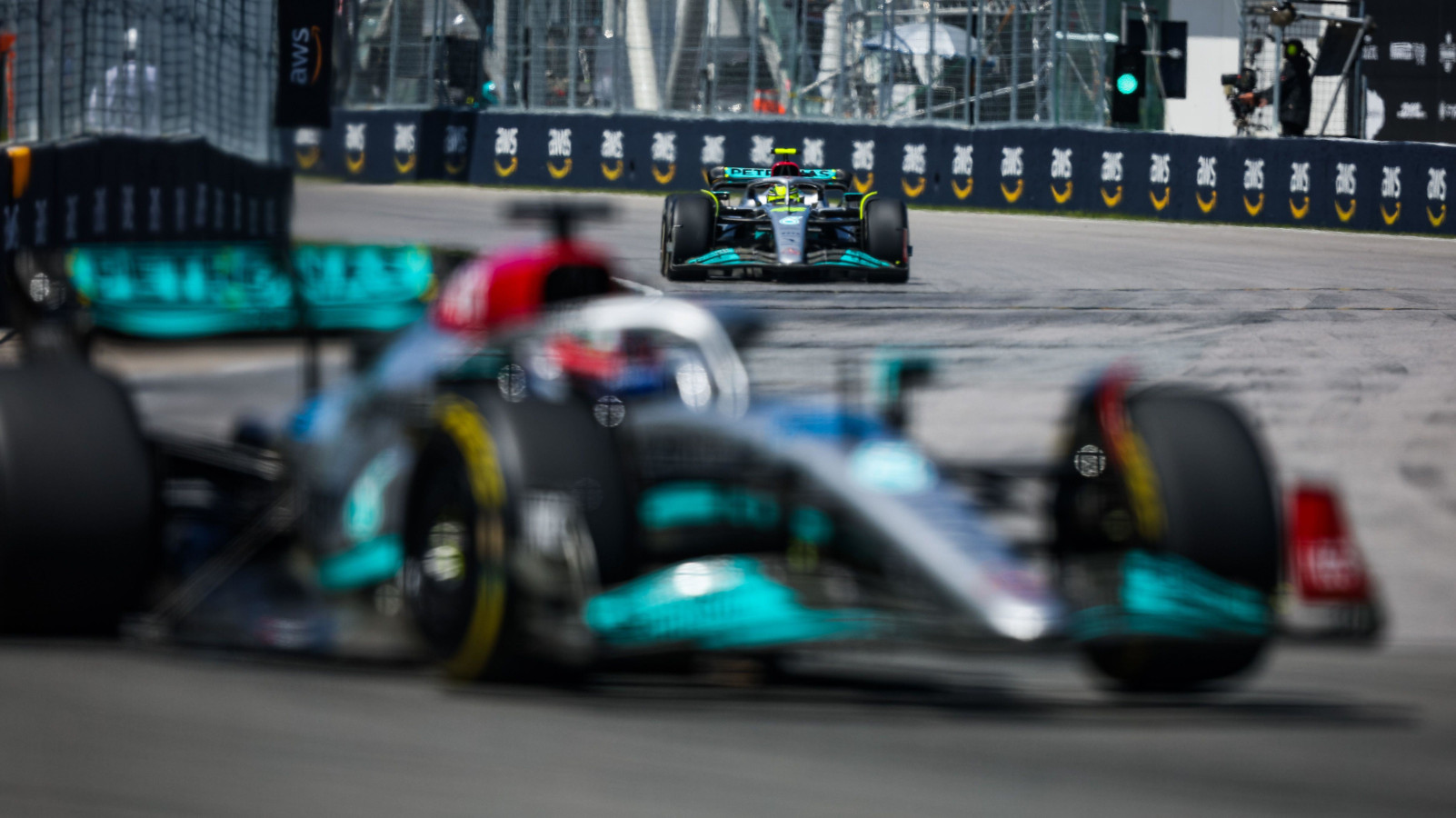 “The issue is that dealing with that challenge while going racing is a lot more emotional, a lot more difficult, a lot more stressful than dealing with it back in the factory where we can explore things in our own time.

“The beginning of the year was difficult. Coming from being a team that would go to almost every race for the last number of years thinking we can be on pole and win it to knowing at best we were towards the front of the midfield was quite a challenge.

“But the reality is there’s a significant lag between the understanding in the factory and the race car actually going faster. And Barcelona was the first time we were able to really put any of that learning into practice on the track.”

Shovlin revealed Mercedes made the call to focus on bouncing with a long-term solution, not just one that would help them at the season-opening race.

“At that point, we, as engineers, were looking at it from the view that we have these regulations for four years,” he explained. “And what will really hurt the team is not whether we win in Bahrain but whether or not we can develop within these regulations over the next seasons.

“The thing that scared us was if we cannot develop things in the factory – make them, bring them to the track, see them work – then the very currency we deal with, in terms of performance, becomes worthless.

“That, at times, was quite terrifying.”

With their bouncing eradicated, Mercedes can dream of a first win

When the all-new cars hit the track in Bahrain, F1 managing director Ross Brawn spoke of his surprise that teams were suffering with so much bouncing.

A known consequence of ground-effect aerodynamics, the former Ferrari, Brawn and Mercedes team boss believed the technical gurus would have found and fixed the problem before the cars hit the track.

“I’m a little surprised some of them have been caught out by it,” he told F1TV after the first pre-season outing. “I thought they would have anticipated it from their wind tunnel work.”

Alas, though, the teams could not recreate the problem in the wind tunnels as they would have damaged the tunnels’ belts before reaching the point where the aero could stall, the starting point of porpoising.

That also meant they could only test their fixes during track sessions, thus leading to what Shovlin called the “significant lag” between the factory and the race car.

Mercedes, though, believe they are on top of their bouncing problems with the tech director saying after Hungary it is “no longer an issue”.

Not only has the team strung together a run of six podium finishes, the last two of which were doubles, Russell secured the team’s first pole position of the season in Hungary.

It was a significant result as while Mercedes have shown decent race pace in recent grands prix, their qualifying performances have left them playing catch-up on Sundays.

Thirteen races into a season in which Mercedes have yet to win a grand prix, the team has begun dreaming of a P1.

However, first they need to recover the downforce they lost by resolving the porpoising, and hope in doing so it does not re-emerge.