As part of a raft of measures that motor racing’s governing body has introduced for the Montreal weekend to reduce cars bouncing, the FIA ​​has relaxed some rules relating to the floor areas of the car.

As part of his technical directive (TD) intervening on porpoising, the FIA’s single seater technical director Nikolas Tombazis wrote to teams to inform them that extra help was being allowed from the Canadian Grand Prix.

The hope was that the tweaks would help teams to stiffen their floors and reduce the problems of flexing that has triggered some of the aero porpoising phenomenon.

In his TD, Tombazis said that for the Montreal weekend, teams could run an additional second floor stay in front of the current one that is allowed to help bolster stiffness further forward.

Furthermore, teams would be allowed some additional thickness on the top floor’s surface that may not comply with curvature or volume rules. 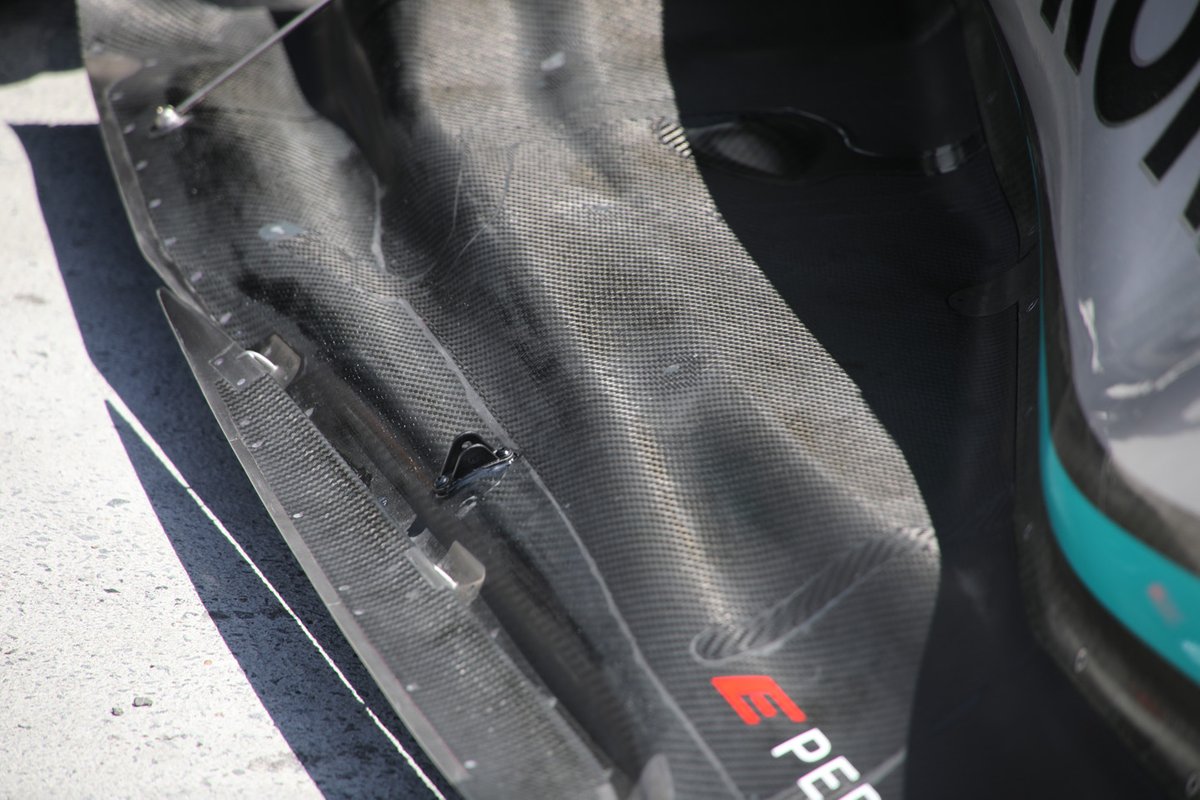 Although the teams were only informed of the changes on Thursday, Mercedes will run with a second floor stay on George Russell’s car from first practice.

Russell’s W13 appeared in the pitlane shortly before the session, featuring the slots that the stay will be held with. 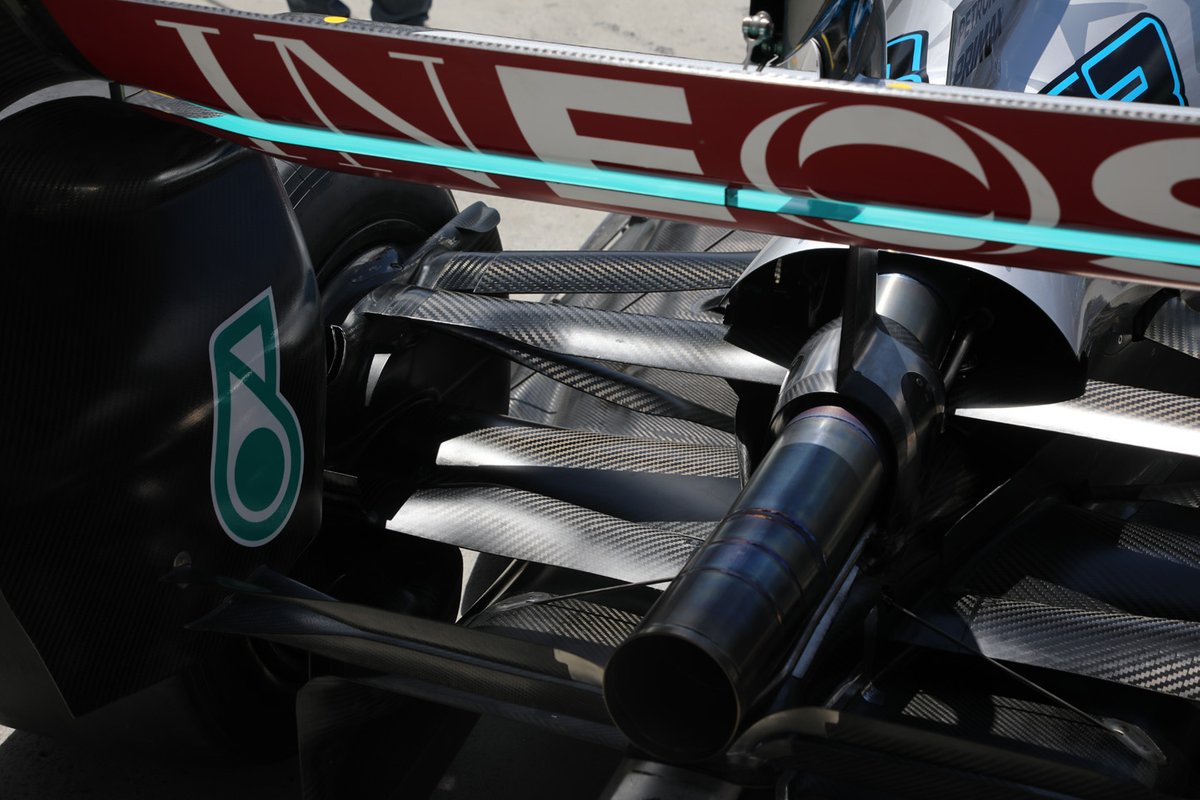 As well as the extra stay, Mercedes has made revisions to the angle of its rear track rod to also help with the porpoising issue.

The slightly different design is aimed at better aligning the track rod to the local flow direction – so it should help the car produce more downforce at a higher ride height.

This could help Mercedes in its quest to get the car producing as much performance as possible without running so close to the ground that it suffers from bouncing. 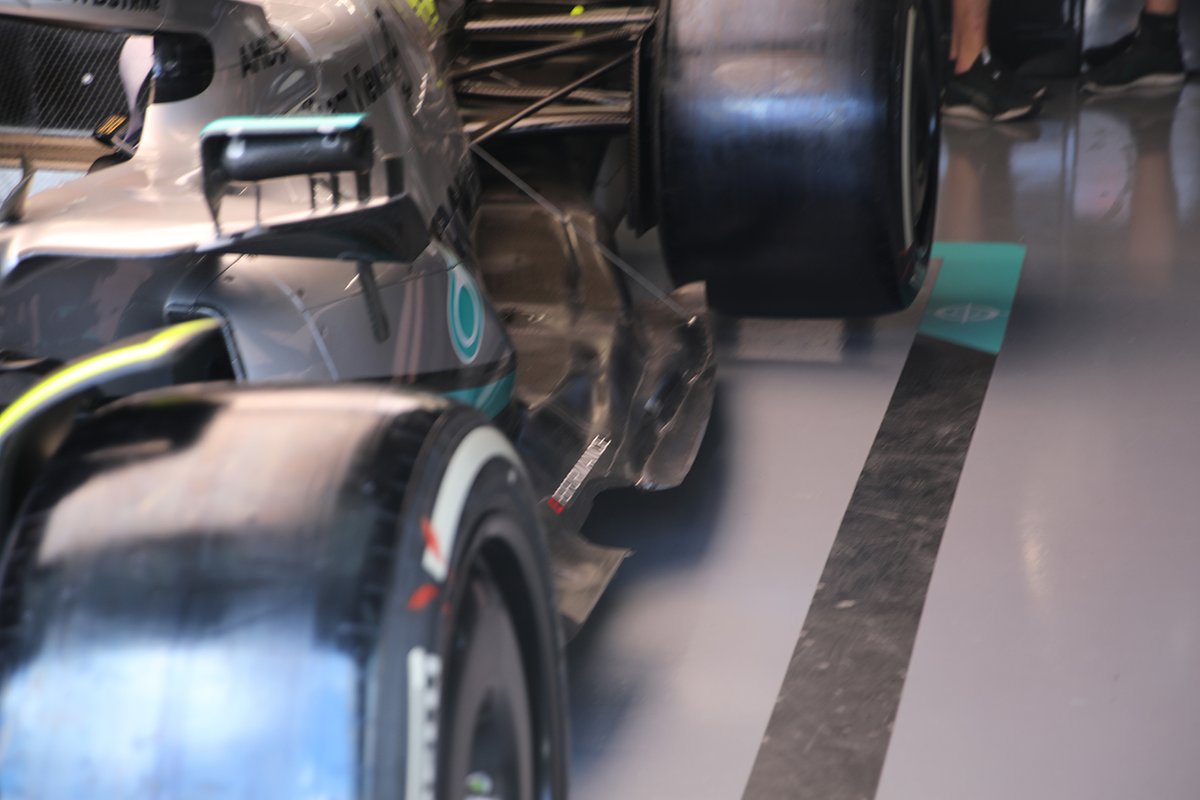 The team said that the cut out should allow the fences to work more efficiently – so in theory produce more downforce.

Speaking about the change Hamilton said he was happy to continue experiments to help Mercedes learn more about its car – even though there was a risk of the trial failing and hurting his form.

“You’ll see today for example we’ve got something relatively extreme,” he said.

“If it doesn’t work, it’s definitely a lot slower because it’s got less downforce. But that’s my role.

“I take that responsibility seriously, and whilst yes, it’s not been ideal on some weekends, it’s often set us back because we’ve lost a session or two, that’s OK, because eventually we’ll get there, and I’m proud to be part of that process.”