JACKSON, Tenn. -According to information from the City of Jackson, on Tuesday, August 2, the Jackson City Council approved $195,000 in ARPA dollars, which will be used to fund two new online platforms aimed at supporting existing childcare providers.

The first platform will allow parents to locate childcare centers throughout the area and allow parents to see openings in real time. The platform called Childcare Finder Tool will also be accompanied by The Childcare Matters Mobile platform. It will offer child care centers support by giving them access to a substitute pool. The funding will also cover a Child Care Champion, who will be responsible for overseeing the platforms through the creation of a Shared Services Alliance.

According to a statement from Olivia Abernathy, Director of Early Education Initiatives, United Way of West TN, “A Shared Services Alliance is a partnership of childcare providers working together to share costs and deliver services in a streamlined and efficient way.”

Abernathy also stated, “The implementation will allow both center and family childcare providers to split a portion of the financial and administrative burdens of operating a high-quality program.” 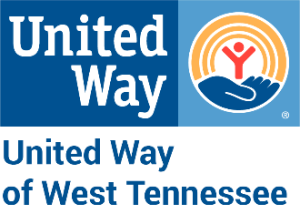 The Child Care Champion will also work with existing childcare providers, and work towards the recruitment of high-quality substitute teachers and staff for the programs.

Mayor Scott Conger stated of the program, “This could not come at a more favorable time, as the State recently announced increased investments to help expand childcare services.” He continued by stating, “We want to ensure that every resident of our community has access to the services they need, so they can maintain their focus on being able to go to work or continuing their education.”

Any childcare providers interested in the programs can contact United Way of West Tennessee for more information.

The Shared Services Alliance is an initiative of Bright Start West Tennessee in partnership with United Way of West Tennessee and Tennesseans for Quality Early Education.