One of the more fun aspects of Grand Final week is all of the weird and wonderful betting markets that usually don’t get offered throughout the home and away season.

Take a look at five fascinating Grand Final exotic markets that are being offered for the big game on Saturday!

(M: Mark A: goal Assist G: Goal scored I: Inside 50 C: Clearance | Player Must complete all 6 tasks | As per official afl.com.au result)

This one seems nice and simple for us.

For this you’re more than likely looking for an attacking midfielder who rests forward or a half forward flanker.

The clearance looks the hardest for the ‘forward’ while the goal is the one for the midfielder.

For the sake of fairness let’s go with one player from each team who probably fits that profile. 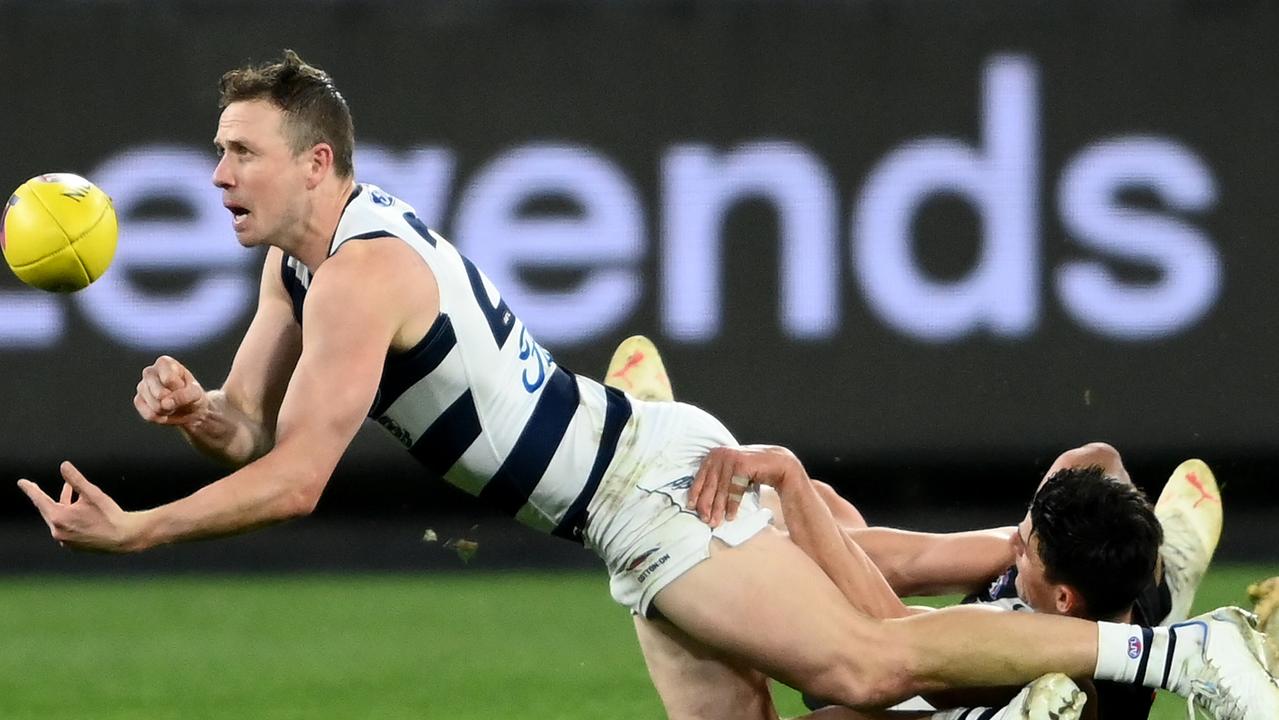 Mitch Duncan of the Cats handballs while being tackled. Quinn Rooney/Getty Images

– TO HAVE A ‘TRIPLE DOUBLE’ – BLUEBET

If you can find a player who is going to do this, you’re getting good value.

Similar to the ‘bingo’, the value lies in looking for an attacking midfielder who will hit the scoreboard and be around the pack / footy all day.

The five most likely players given their record in finals and through there career are; 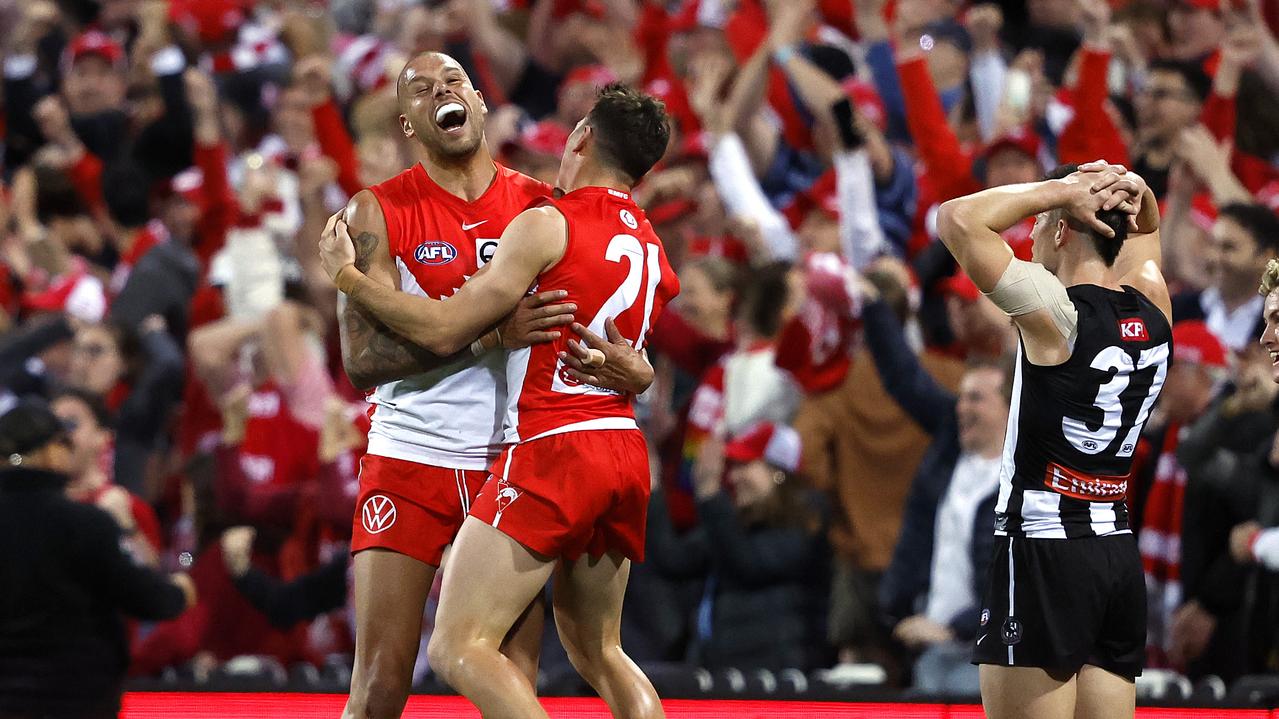 (I love these markets – I can’t believe it is a market.)

Against the Swans, Hawkins averages 7.47 a game. Franklin edges him out with 9.8 against Geelong.

Given potential match-ups on Saturday and the numbers. Leaning towards Franklin.

On pure numbers and face value for this season, Guthrie just wins this matchup.

But in finals and overall career, Dangerfield is a clear leader and we saw last week what he can do. 28 possessions in a best on ground performance, compared to Guthrie who only had 21 touches.

There looks to be value in Dangerfield here at $2.33.

The worry, though, is he can do it two weeks in a row? It also looks as if he will cop a tag.

But Guthrie has been underwhelming in the two finals so far. So let’s lean to Dangerfield. 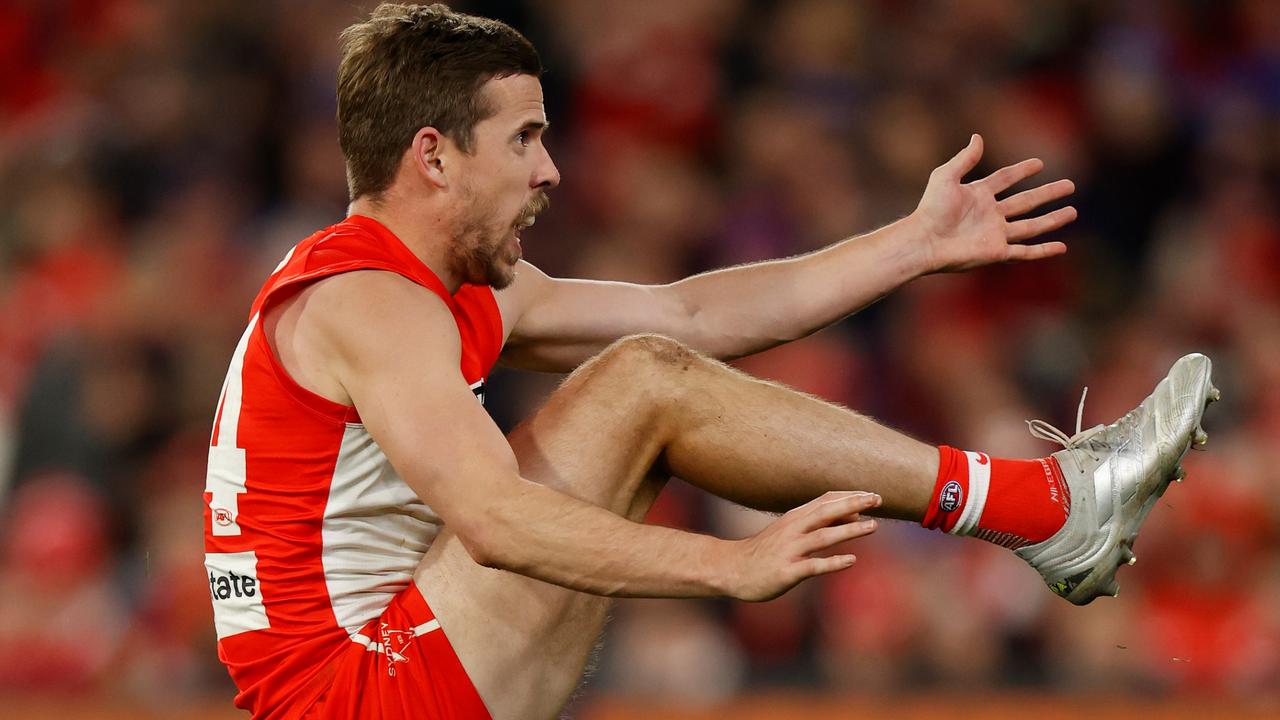 Lloyd has been a prolific ball gatherer for the Sydney Swans throughout his career and this season averages 24 touches per game. It seems quite a simple bit of value to take over.

A wise man once said;

“Never bet the under, once they go over, they can never go under”

Lloyd in every season (including) since 2016 has averaged 24 or more possessions a game.

In finals though, that average dips to 21.

His past three finals yielded an average of 22.33.

This would be backing Lloyd to step up and break the ‘outs’ in recent times and to have a big influence on the game.