By Mike Dickson for the Daily Mail

Roger Federer has stated that he would be open to doing TV work at Wimbledon and elsewhere after the sun sets on his illustrious tennis career.

The 41-year-old Swiss, who will play his final match at the Laver Cup on Friday, will begin formulating his future plans and wants to stay involved in the game.

‘I always thought I’ll never go on the journalist side or that commentary would never be a thing for me, but six months ago I was thinking, “Oh, you know what? Commenting on the odd match or giving back in this way, if I guess I could imagine it maybe”, he said. 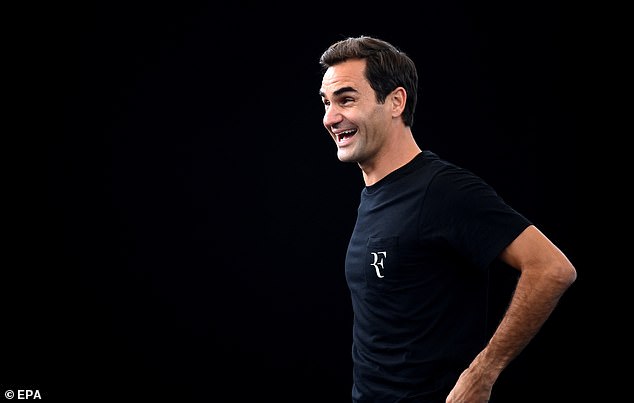 ‘I can’t even believe I’m saying that, we’ll see what happens. It’s just a way to maybe be around matches and players and people. And, you know, I like it. Sometimes when you’re a past player, you need a purpose to come back to a tournament as well. So that could be one option.

‘For me it’s more about having past players or champions comment that is important. That’s why I’ve always loved having Johnny Mac around, Mats Wilander, you name it, Chrissie Evert.

‘It’s super important because they give you the insight, they tell you how it used to be or how they felt or they can relate very much. I think sometimes you watch matches because of the commentary and less about the match itself. 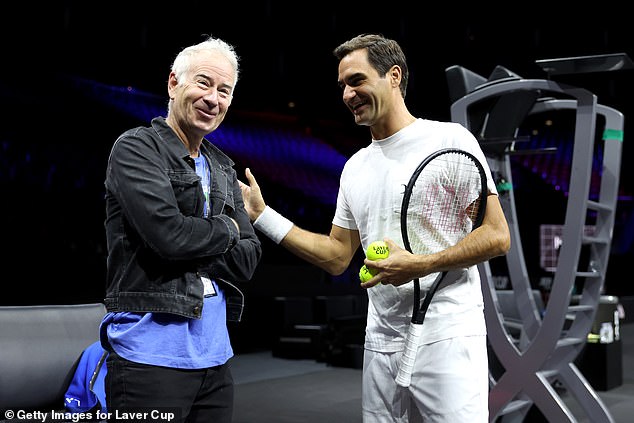 ‘So I think it has a really important part in the game. And if I can add something, maybe that would be nice, but I would also have to really think about it.

‘Obviously I couldn’t go traveling all out all the time, I wouldn’t enjoy that.

‘Maybe it’s also not something I would want to do in the next few years but I just think it’s important that we, the great players, are still around sometimes. Because we have maybe a different angle and just those little nuggets that matter for the regular fan.’