The BMW i4 was semi-developed to compete with the Tesla Model 3. While BMW likely didn’t have the Model 3 as it’s only competition in mind when developing the i4, it’s sort of impossible for a midsize electric sedan to not compete with it. . However, there’s likely little overlap of i4 buyers and Model 3 buyers who are willing to consider the other car. Instead, if premium electric car customers are going to cross-shop the i4 with another car, it’s probably going to be this—the Mercedes EQE. 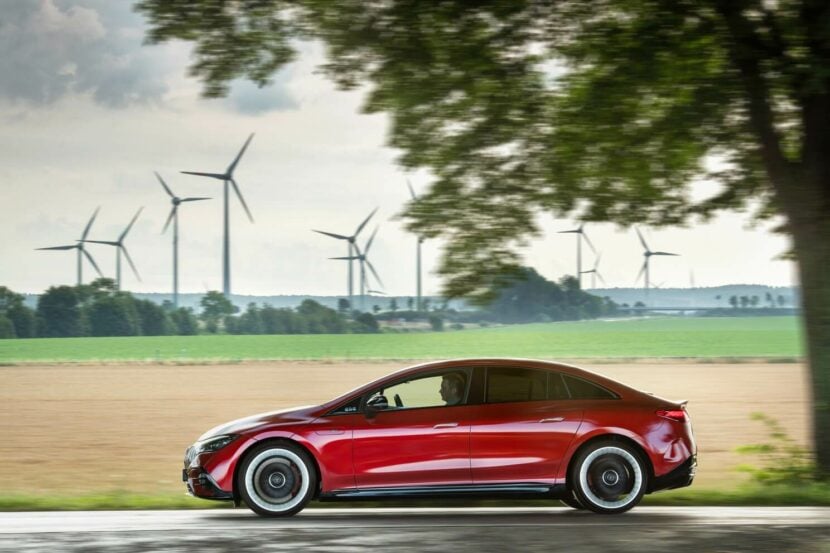 To be honest, the BMW i4 looks to have had a massive disadvantage in this test. Not only is it built on an old ICE chassis but it packs less torque, less claimed range, and less luxury. The Mercedes EQE is a from-the-ground-up EV with better packaging, more luxury features, better aerodynamics, and better claimed range.

However, it seems as if the BMW might have the upper hand when it comes to tuning EVs. Not only was the BMW i4 the quicker and more engaging car to drive, it was also somehow lighter and more efficient. I’m not sure how but the Mercedes is over 500 lbs heavier than the i4, despite having the same electric motor count, a barely-bigger battery, and a bespoke EV architecture. That weight ruins its efficiency and its fun. Admittedly, it’s far more comfortable and calm on even Britain’s bumpy roads, so it’s likely the better commuter car. But the i4 seems to be the better car overall. Shocking, actually.