If you’re looking to get a BMW 2 Series but want to hold out for it to get updated with BMW’s latest cabin tech, have a look at the online configurator on BMW USA’s site. In the builder, the interior is shown with BMW’s latest iDrive8 screen, proving that it’s coming to 2 Series quite soon. We’d already known that the 2er was supposed to get iDrive 8 this Summer but this is the first we’re seeing it in the US configurator.

This might not seem like a big deal at first but it actually is for the 2 Series. Despite being a surprisingly fun car to drive (mostly in 230i-spec), the BMW 2 Series feels very outdated from inside the cabin. Especially when you compare it to the new Audi A3 and Mercedes A-Class. So giving it iDrive 8 will instantly make it the most high-tech car in its segment.

There will be some fans who are disappointed by this, though. As good as it is overall, iDrive 8 does make a few controversial changes to BMW’s interior. The main one is its climate controls, which used to be easy-to-use physical buttons but are now entirely embedded in the touchscreen. They’re difficult to use and require operating a touchscreen while at speed, so they’re not the best. Of course, BMW will argue that you can use voice commands but that only works in theory. Anyone that’s ever used BMW’s voice commands understands the desire to punch an voice recognition software. Then there’s the loss of BMW’s 1-9 shortcuts, which all fans loved. Technically, they’re still there but require a clunky touchscreen drag-down from the top of the screen to use. It’s infuriating. 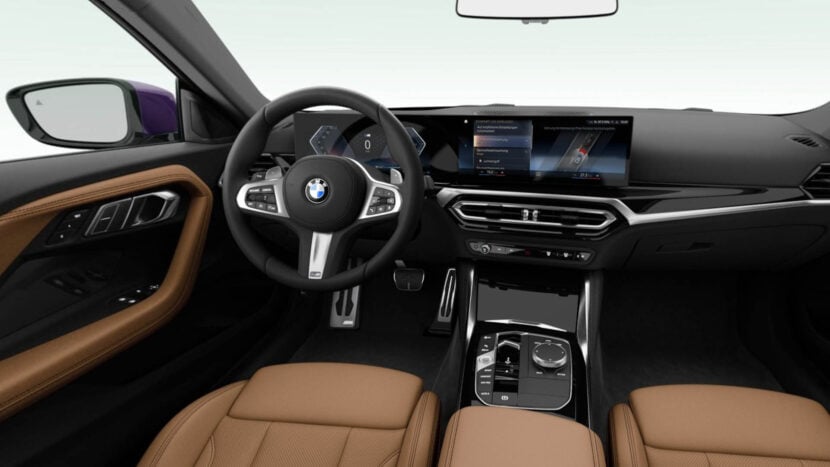 However, I do think the good outweighs the bad. The new iDrive 8 is actually easier to use than iDrive 7 in most cases, looks significantly better, has more capability, and comes with a far better instrument panel. The latter is worth the upgrade by itself, as BMW’s old Live Cockpit Professional was pretty trash, if I’m honest. This new one not only offers far more configurability (though, still not as much as Audi or Mercedes) but it’s also far easier to understand, is more legible, and looks better.

The BMW 2 Series Coupe is a good little premium sports car and now customers will have tech that can compete with the best in the industry.