Alex Lynn responded with 1m49.097s in his Chip Ganassi Racing Cadillac, which was good for the outside of the front row. Tom Blomqvist (Meyer Shank Racing Acura) took third with 1m49.984s, but his late-running strategy was compromised by a red flag.

With two minutes to go, Sebastien Bourdais dropped his #01 CGR Caddy at the final corner and plowed through the gravel at high speed and into the tire wall. He was unhurt but will start last in class.

Steven Thomas, who has a new partner this weekend, as Tristan Nunez replaces Jonathan Bomarito, set pole in LMP2 for PR1 Mathiasen Motorsports, a tenth clear of the sister car of Patrick Kelly. 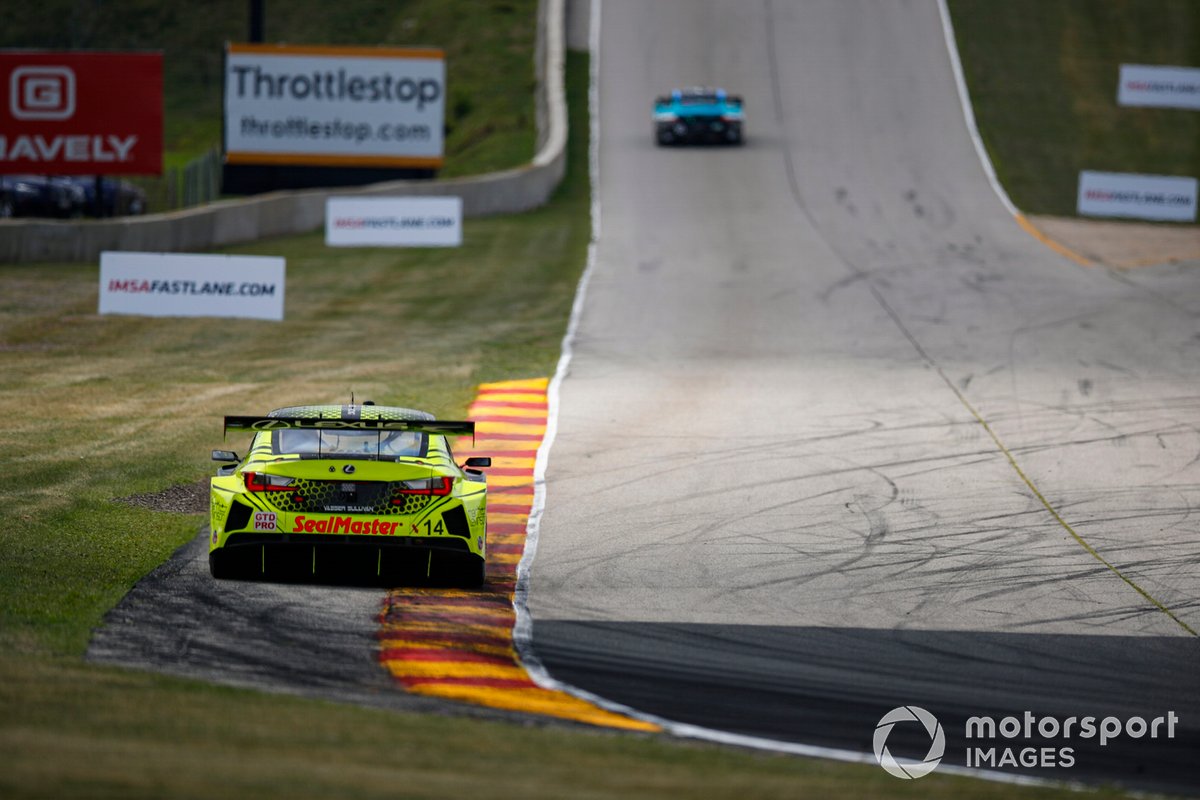 In GTD, pole switched hands several times between multiple manufacturers throughout the session.

Frankie Montecalvo (VasserSullivan Lexus RC F) set the early pace to be shot at, setting a laptime of 2m05.334s. Antonio Garcia took provisional pole away in his Chevrolet Corvette C8.R with 2m05.930s, then trimmed that down to 2m05.829s.

But in the closing moments, Pfaff Porsche’s Matt Campbell grabbed P1 with 2m05.618s before Hawksworth snatched it with 2m05.365s in the Pro-class VasserSullivan Lexus, topping the session by a quarter of a second.

Campbell tried one last desperate attempt, and was 0.3sec quicker than pole time through sector 2, but spun at the final corner, and might have damaged the Michelins with which he will have to start the race.

There was also a huge moment for Alex Riberas’s Heart of Racing Aston Martin Vantage, who took a wild ride across the grass at the exit of The Kink.

Garcia will start third, ending the session almost half a second back, ahead of non-Pros Foley and Montecalvo.